Feature request: Be able to select events by language (and country / region)

Make TYPO3 more welcoming for people who don't speak German! Make it easier for people to find events in English. 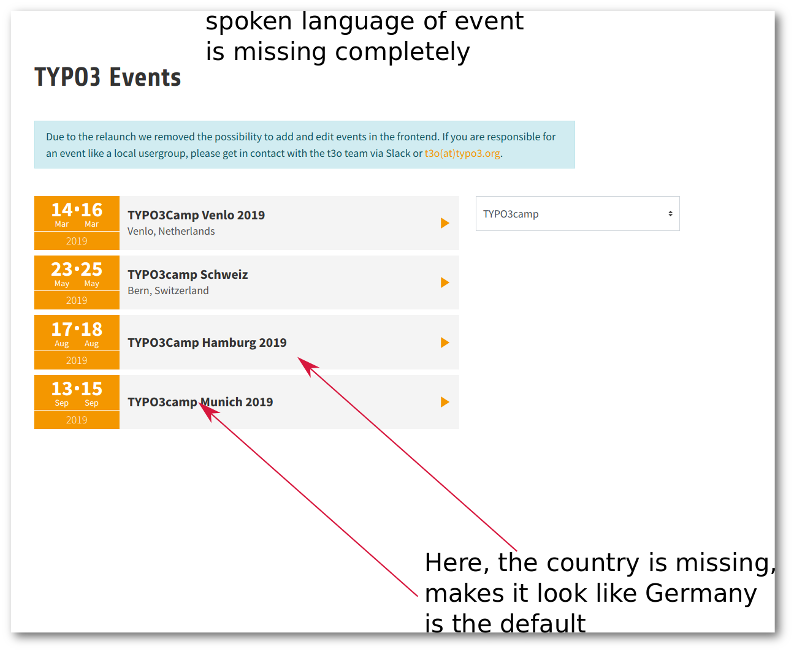 There is currently no way to filter by spoken language. I believe all "official" events are in English, most (or all) of the barcamps in Germany are in German and some barcamps outside of Germany are in English. As a newbie it is confusing, you can look at the webpage of the event and that should give you a hint but it is quite tedious to specifically look for events in English if you don't know some of this "insider" information and even I don't know which TYPO3 camps would be in English, for example.

I was at the t3cmd (Dresden) and there were at least 2 people there who spoke little or no German. I am sure they were made aware of the fact that the camp was in German, but it got me thinking, that we could still make it a little easier for people who do not speak German and some people who live in Germany and use TYPO3 do not automatically speak German.