What kind of feature do you want?

The version list hover-highlights a specific version which is older than the latest version. However, when the old version is clicked, nothing happens.

I suggest to let users click on specific (old) versions. Then, all the information is displayed specific to that version, especially the dependencies of that version (Not just TYPO3 version, but also PHP version and extensions (or composer packages) the extension depends on). 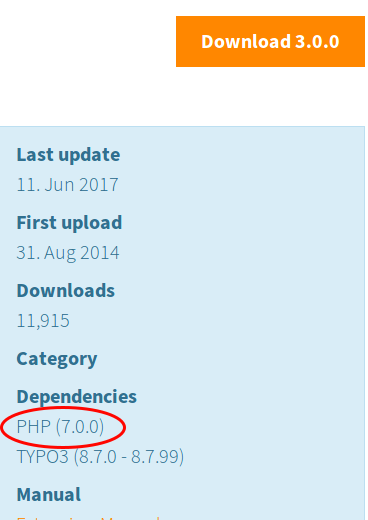 The URL could still default to the latest version whereas for different version a specific URL should be used (e.g. https://extensions.typo3.org/extension/metaseo/TER-2.1.0).

To add some consistency, it would then also be possible to point to the corresponding version of the manual.

What are the benefits?

Currently, the dependencies of old versions cannot be displayed to the user. That should not be, now that the information itself is already available.

On top of that, documentation might differ between versions so that users need to choose the right version every time.

Add some use case